Worship Song Sunday -- When The Stars Burn Down (Blessing and Honor), by Phillips, Craig and Dean 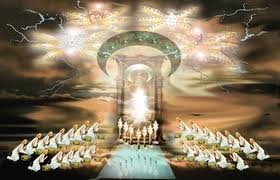 
“Amen!
Praise and glory
and wisdom and thanks and honor
and power and strength
be to our God for ever and ever.
Amen!”  ~ Revelation 7:11-12


Phillips, Craig and Dean have been around a long time; yet to me, they remain gifted at giving a true, fresh and exuberant call to worship, as they do with this glorious song.  Turn the volume up on this one, raise your voice and your hands in worship and praise to our mighty God!

Empty To Be Filled

Today, I was given a slight reprieve from the waves of depression that have been knocking me down these past few weeks.  I was able to step out from beneath the clouds and out into the warmth and light to write just a wee bit of what I'm experiencing on this dark journey.


My mind is empty --
Fill it with Your truths
and promises from Your Word.


My heart is empty --
Fill  it with Your deep love
and compassion.


My spirit is empty --
Fill it with Your hope, joy
and Your perfect peace. 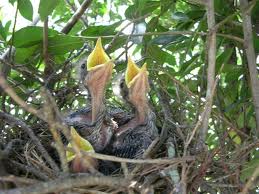 I am the LORD your God, who brought you up out of Egypt. Open wide your mouth and I will fill it. ~ Psalm 81:10
Posted by Pam Manners 3 comments:


Why do you complain, Jacob?
Why do you say, Israel,
“My way is hidden from the Lord;
my cause is disregarded by my God”?
Do you not know?
Have you not heard?
The Lord is the everlasting God,
the Creator of the ends of the earth.
He will not grow tired or weary,
and his understanding no one can fathom.
He gives strength to the weary
and increases the power of the weak. 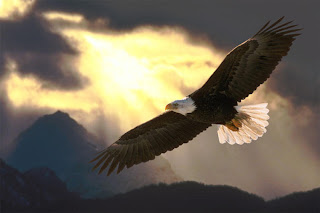 Even youths grow tired and weary,
and young men stumble and fall;
but those who hope in the Lord
will renew their strength.
They will soar on wings like eagles;
they will run and not grow weary,
they will walk and not be faint.


May the strength of the Everlasting God carry you through whatever you're facing -- today and always.

This, Then, Is Love


Love is patient, love is kind. It does not envy, it does not boast, it is not proud. It does not dishonor others, it is not self-seeking, it is not easily angered, it keeps no record of wrongs. Love does not delight in evil but rejoices with the truth. It always protects, always trusts, always hopes, always perseveres. 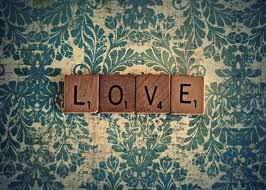 Today, a video popped up on  my Facebook news feed, from the Desiring God ministry page.  It is a video story about a couple named Ian and Larissa.


At the time, I had several things going at once; things I was researching on-line, and then, of course, there was the usual circus-like atmosphere at home -- phones and doorbells ringing, dog barking because phones and doorbells are ringing -- so I was somewhat distracted.  And unless something REALLY jumps out at me on Facebook, video-wise, I will often bypass it in my intense state of distraction and trying to shut out all the aforementioned noise.


THANK YOU GOD that THIS was NOT the case this afternoon!


Interestingly enough, there was no eye-catching thumbnail nor cleverly crafted words in the post to jump out and grab my attention to this post and video.  It was actually just a gentle nudge I felt from the Holy Spirit to check it out.  I'm so glad that I obeyed that nudge.


Ian's and Larissa's story is a sweet and simple story of love.  Real, pure and true love.  Love that doesn't disintegrate or disappear


when life gets hard


when suffering becomes a du jour item on your menu


But very often -- and I can declare this truth personally -- our greatest gifts and blessings do not come packaged the way we've dreamed or wanted.


This is not to say that as I watched this video, with tears streaming down my face, I did not have questions that chased one another through my head.  Questions for God that echoed the ones that author and Women of Faith speaker Sheila Walsh asks in her book 'Living Fearlessly,' a book I'm currently reading; questions that perhaps you have, and I'm sure, questions that Ian and Larissa have for God as well:


"What if my hopes and dreams are different from Yours?"
"If You can heal, why are there times You choose NOT to?"
"If You love me so much, why is life so hard?"
"Will You give me more than I can bear?"
"Where ARE You in all of this?"


These are questions for which there are no answers, this side of Heaven anyway.  All I know is that it is obvious that Jesus Christ was not only invited to Ian's and Larissa's wedding, but He was invited into the very center of their marriage.


A marriage based on the selfless, completely committed, unfailing and unconditional love of Jesus. 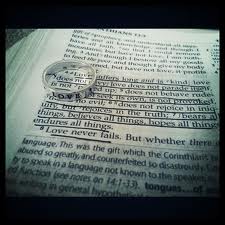 As you watch this video, I invite and encourage you to please pray for Ian and Larissa. And have some tissues ready.  For this, then -- is Love.

The Story of Ian & Larissa


This love of which I speak is slow to lose patience—it looks for a way of being constructive. It is not possessive: it is neither anxious to impress nor does it cherish inflated ideas of its own importance.


Love has good manners and does not pursue selfish advantage. It is not touchy. It does not keep account of evil or gloat over the wickedness of other people. On the contrary, it is glad with all good men when truth prevails.


Love knows no limit to its endurance, no end to its trust, no fading of its hope; it can outlast anything. It is, in fact, the one thing that still stands when all else has fallen. ~
1 Corinthians 13:4-8, PHILLIPS Translation

There is truth
that sets me free,
Jesus Christ
Who lives in me....... 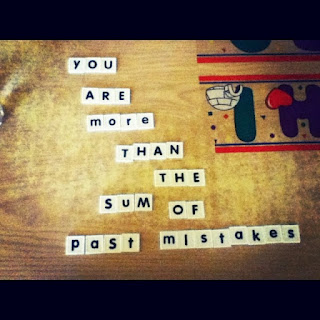 Taking a drive tonight, this Tenth Avenue North song came on the radio.  I've heard it played M-A-N-Y times there, as well as over and over on my iPod. And I'm pretty sure our praise team sang it in church somewhere along the way.


But tonight, this song really came at me in a different way, moving in and taking up residence in my head and my heart.  Rearranging some things, like ill-placed furniture.


I think there are times in our lives --


-- that we forget the whole point of this song and the essence of its lyrics.  I know I have -- and often, still do.

I slip
I stumble
I slide back
I beat myself up so terribly for doing so.  And then, I begin focusing on

Where I've been
What I've done and/or what's been done to me
Who I was
Wrestling with....

The poor choices I've made
The mistakes from my past
The problems I've had to deal with along the way, many (if I'm entirely honest) of my own making

Like ghoulish specters, their memories reappear, following me around and coming back to haunt me. 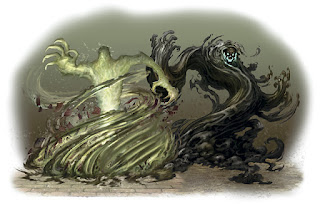 BUT THEY NEED TO GO!


And instead, I need to remember and focus on

I am not the same person I was 40 -30 - 20 - 10 years ago.  I should never think or look at myself -- and neither should you -- as less of a person because of who I used to be, how I spoke or because of people and things I was involved with.  These things are not the sum of who I am.


All because of Jesus and His transforming love and grace, I am more.  You are more. 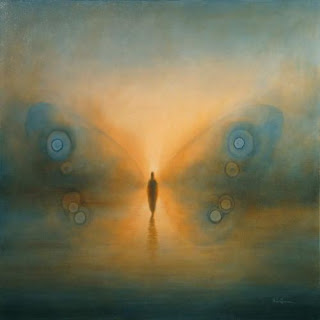 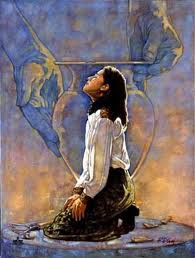 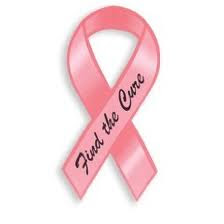